Albariño is a delicious dry Spanish white wine that is a great match with plenty of different foods. It is one of the most acidic white wines available which is a key component of successful Albariño food pairing. Albariño is mainly found in Spain and Portugal (Alvarinho in Portuguese) along the Atlantic ocean’s coastline. This maritime influence makes it a no-brainer with fish and seafood. In addition to safe choices like poultry and seafood, I’ve discovered some of the out-of-the-box Albariño food pairing surprises.

Your Guide to Pairing Food with Albariño

Finding great food matched with Albariño is simple; light foods that are salty or tart are a great place to start. Because Albariño is planted along the coasts of Spain and Portugal, seafood dominates this list; if it grows together, it goes together. Here are a few Albariño food pairings but read on to make your own.

Seafood and Fish Dishes that Pair with Albariño

Vegetarian Dishes that Pair with Albariño

Meat Dishes that Pair with Albariño

Characteristics of Albariño to Consider when Pairing Food

To make your own Albariño food pairing, let’s dig into the characteristics of the wine and what foods complement those flavors. Albariño is light to medium-bodied so it pairs best with dishes that are equal to it in weight. Therefore Albariño pairs best with lighter and more delicate dishes like vegetables, poultry, and seafood. If you have a bottle of Albariño that’s been oak-aged, then you can up the ante to fuller, heavier dishes like lobster and halibut.

Albariño is very acidic. Acid cuts through fat and oil so Albariño is a great match with fatty fish like salmon, or fatty meats like pork belly. The acidity in Albariño also pairs well with lemon based dishes as well or anything you’d squeeze a lemon on. It’s a very dry white wine but has a lot of fruity characteristics like citrus and tropical fruit.

Where is Albariño from?

Albariño is one of Spain and Portugal’s most important white grapes. Spanish Albariño is grown in the north west part of Spain in Galicia. The designated wine region for Albariño is Rías Baixas. There are 5 subzone of Rías Baixas. Val do Salnes is considered the birthplace of Albariño. The grapes grow along the tributaries of the Atlantic Ocean imparting a saline characteristic to the wines. Just over the Miño river (Minho in Portuguese) are Portugal’s wine regions for Albariño that they call Alvarinho. Alvarinho is the basis of the Vinho Verde wine blends. Vinho Verde wines tend to be lighter and lower in alcohol than their counterparts north across the river.

Albariño is grown up high in pergola trellising to keep the grapes cool and dry to prevent mildew and rot. Some of the vines are up to 7 feet off the ground. Read more about Spanish white wines here.

Albariño tastes like citrus like lemon, lime, and grapefruit. It also has a great tropical note of passionfruit and guava. Albariño is high in acid, light to medium-bodied, and can reach high levels of alcohol. You can detect a salty flavor on some Albariños which is what makes it such a great food match with seafood.

Albariño should be served at about 44F/7C or in other words, pretty darn cold. It does not need to be decanted and should be served in a universal white wine glass. These wine glasses are a personal favorite for wines like this. Albariño is not meant to age so drink it within 2-3 years of its vintage.

My Favorite Albariño Wines You Can Buy Online 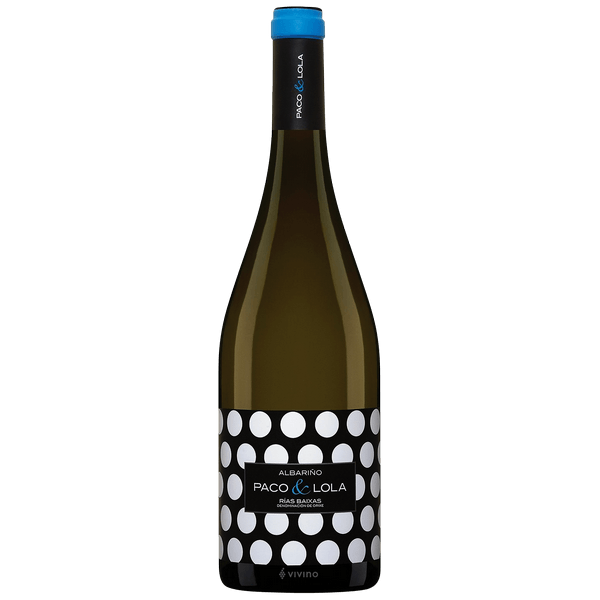 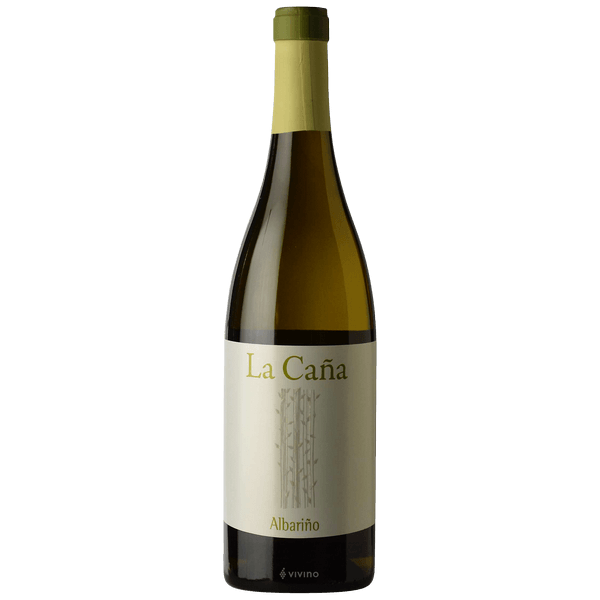 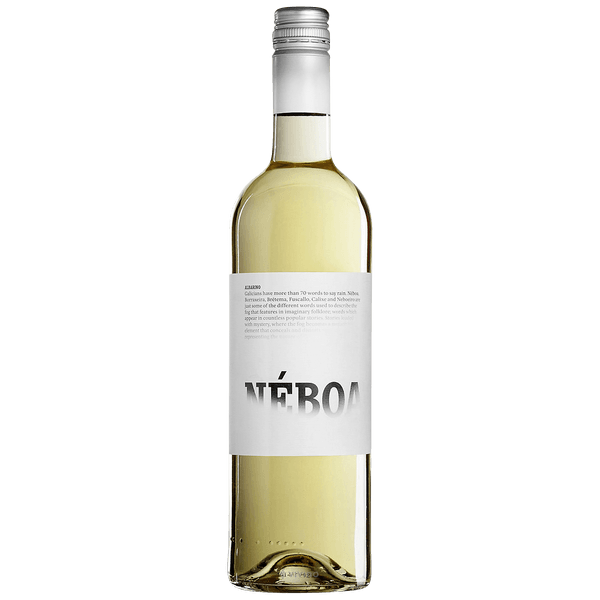 I earn a small commission if you click on the images and purchase wine. This is at no additional cost to you.

Is Albariño dry or sweet?

Albariño is a very dry white wine. It also has high acidity which may make the wine seem even drier.

Albariño can be compared to other tart white wines like Furmint, Assyrtiko, and dry Riesling.

Does Albariño go with salmon?

Pairing Albariño and salmon would be a great choice especially if the salmon is prepared with a lemon dressing. The high acidity of Albariño complements the fatty fish.

Do you chill Albariño?

Yes, you should chill Albariño. Albariño is best served cold at about 44/7 degrees. Keep Albariño on ice if you are enjoying it in hot weather. The alcohol content of Albariño will be over-emphasized if it is served too warm.

Is Albariño a good wine?

Albariño is a great inexpensive refreshing white wine that pairs with many types of seafood and vegetarian dishes. There are very good quality Albariños being produced across northwest Spain. Of course, there are also cheap version that aren’t the best representation of the white grape but you get what you pay for.

Check out the full list of wine variety days and wine holidays.

What’s your favorite Albariño food pairing? Leave it in the comments for other readers to have even more choices when deciding what food to have with Albariño

Was this useful? Share it with your friends and save it for later.

Hi Friends, I’m Anna Maria. I’m a Certified Sommelier and owner of a Chania Wine Tours. I love talking about wine and teaching others how to taste and enjoy wine. This is a place for learning, so feel free to send me a message and let me know how I can help you understand wine a bit more. More about me.

If you’re learning from the blog and you want to support:

What wine should I drink tonight?

Some of the links on this site are affiliate links. This means that if you click on the link and purchase the item, I will receive an affiliate commission at no extra cost to you. All opinions remain my own.

Unravelling Wine is a participant in the Amazon Associates Program, an affiliate advertising program designed to provide a means for sites to earn advertising fees by advertising and linking to amazon.com.